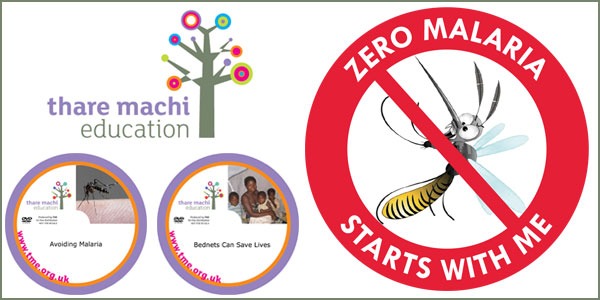 Malaria is a preventable, treatable disease, yet it still killed 435,000 in 2017. Two thirds of victims were children under 5 years old. World Malaria Day is an opportunity to reflect on the encouraging progress that the global community has achieved in combatting malaria, but we’re also looking forward, restless in our work to prevent the 219 million annual cases of one of the world’s oldest diseases.

Our lesson, Avoiding Malaria, has been used all over the world to help communities understand the symptoms, causes, and methods for preventing the mosquito-borne disease. The lesson, translated into local languages, stresses the importance of seeking treatment as soon as the symptoms begin, because delaying treatment by just 24 hours leads to severe illness and often death.

TME also has a supporting lesson, entitled Bednets Can Save Lives A key way of reducing malaria rates is through prevention, and malaria nets are a vital tool in protecting against infection. Malaria nets, treated with insecticide, can protect families from mosquitoes when they are most active; at dawn and at dusk. However, in order to be effective, the nets need to be used properly.

Bednets Can Save Lives informs viewers that they need to sleep under the nets every night, ensuring that it covers the whole bed, and the net should be repaired as soon as any faults are found. The lessons are available in over 30 languages and have been viewed by thousands of people, with a special focus on children, pregnant women, HIV/AIDs patients, and refugees, whose reduced immunity to malaria renders them significantly more vulnerable to death from malaria.

Malaria is a parasitic infection transmitted from person to person by the bite of infected female Anopheles mosquitoes. The disease is most prevalent in tropical regions and humid climates such as Asia, Sub Saharan Africa, and Latin America. The high temperatures and rainfall leaves standing bodies of water, an environment in which mosquitoes breed rapidly. Although malaria occurs in up to 90 countries, Africa carries the highest disease burden, with 92% of cases and 93% of deaths.

Malaria begins as a flu-like illness, with symptoms first occurring 9-14 days after infection. Symptoms include fever, joint pain, headaches, frequent vomiting, convulsions and coma. If simple malaria is left untreated, it can become severe, and often leads to death in people who have not built up immunity to malaria.

Malaria is most common in poor, deprived areas. In many cases, malaria itself is the cause of such poverty: malaria causes havoc on a socioeconomic level as patients are often bedridden and incapable of carrying out normal daily tasks, resulting in burdens on households and health services, and ultimately huge losses to income in malaria-endemic countries. Malaria is estimated to cost the African economy $12billion every year, having a huge impact on the continent’s growth.

Zero Malaria Starts With Me

The message of this World Malaria Day is “Zero Malaria Starts With Me” – encouraging communities to take ownership of the fight against malaria themselves. We have in our hands a resource that can help communities to better understand how to protect themselves from malaria, and how to give those who are affected the best chance of recovery.

But we need your help to get these lessons to some of the world’s most vulnerable groups. For the price of a cup of coffee today you could help us send out a lesson that could change and save hundreds of lives.

Every two minutes a child dies of this preventable and treatable disease. If you can please make a donation to TME today to help us save lives.